Make mould a thing of the past ​

​Make mould a thing of the past

​On average, in the UK January and February are the coldest months of the year. As a result, build-up of damp and mould in properties will be in full swing. This could be a yearly tradition and it can often be very frustrating trying to keep it at bay until the weather warms up again, regularly spraying mould removal solutions or constantly wiping away the mould. 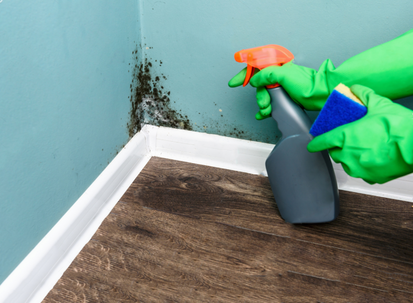 ​Other than it being very frustrating, mould has lots of serious consequences if it’s not dealt with. Mould can have a serious effect on a person’s health, it can cause respiratory problems, infections, allergies and asthma. It can also have an effect on the immune system, meaning there’s an increased risk of catching other diseases. In addition to this, once mould gets into a properties walls it’s very hard to remove, It can also cause long term structural damage to the building. Mould patches in the home can be an eyesore for many, ruining the aesthetics; plus it’s very expensive to keep redecorating over them.

The main reason for the build up of mould in properties is condensation from poor ventilation or heating, this allows moisture to build up. Often it is too cold to have windows open to allow extra ventilation, meaning the damp air is the perfect breeding ground for mould. Most properties also use convectional heating systems, which intensify the issue. This is because convectional heating systems heat the air, which might sound ideal however it is far from it. In reality, the walls and windows on which the mould lives do not warm up enough to dry out. In fact, the warm air moves around the house due to expansion, and thus encourages the spread of the mould spores. 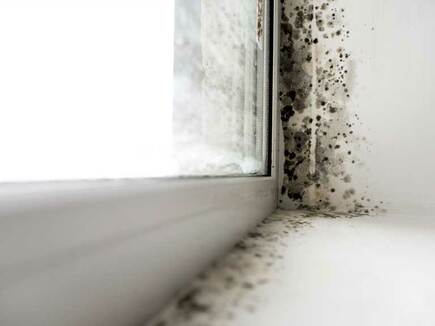 Therefore the best start to beat mould would be to move away from traditional convectional heating systems and towards a more modern alternative, an infrared heating system. Infrared heating works by emitting far infrared waves that heat objects in the room rather than the air. These waves are absorbed by the objects and gradually released out or reflected into other objects which absorb them. In addition to this Infrared waves can penetrate walls, removing mould at source to prevent its return.
​
Our Clear Heater System can penetrate through walls up to 18 inches and is an all-electric infrared radiant heating system using patented technology. As the Clear Heater System heats up objects rather than the air, there are less cold surfaces for condensation to form on, preventing the build-up of mould or damp in these places. This means a Clear Heater Unit can be placed in the bathroom (subject to proximity to a water source), to avoid walls and mirrors steaming up after showering/bathing. 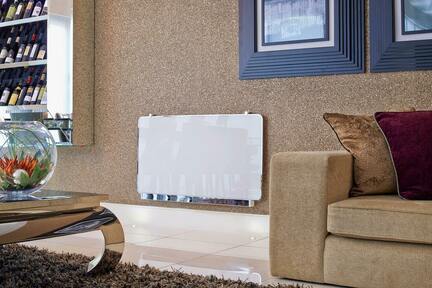 Other than this, our Clear Heater System has other benefits compared to convectional heating systems. There has been many studies that suggest infrared has many health benefits associated with it, some say it relieves joint pain, others say it can help with blood circulation; we have included all of the potential health benefits in our summary report.

Infrared heating systems are a lot more economically friendly than convectional systems, they use significantly less energy because they covert 100% of heat into energy alongside the fact they only have to be on 25% of the time compared to other heating systems to maintain target temperature. Gas prices are also ever increasing, rising by 250% in the last 10 years alone. Find more information on how the Clear Heater System saves energy here.
​
Radiators and storage heaters can be a bit of an eye sore on walls, taking up much needed space. However, our Clear Heater System has a very sleek and stylish design, it can be placed anywhere on a wall and modified to specific needs, allowing it to blend in with its surroundings. Also, little maintenance is required as an Infrared heating system doesn’t have any moving parts; therefore this means they don’t have to be regularly checked to see if they are still safe.

Whilst all of this might sound potentially dangerous, infrared heating is perfectly safe. The sun emits infrared rays to heat the earth, also our own bodies emit infrared rays and this is how search and rescue teams find people using infrared cameras.

Get in touch with us

​The switch to the Clear Heater System is definitely worthwhile – not only to treat damp but also to save money on heating bills, increase energy efficiency and rejuvenate a property. The installation is easy and no complex plumbing or wiring is required, this is because the system is simply fixed to a wall and plugged into a wall socket. On average, its takes one day to install the Clear Heater System in an average home.
​
If you have any further questions about mould in your home or about our Clear Heater System, don’t hesitate to get in touch with us. You can call us on 01924 385659 or email at sales@clear-heater.co.uk, please also don’t forget to like our Facebook page and follow us on Twitter for all the latest news and updates.